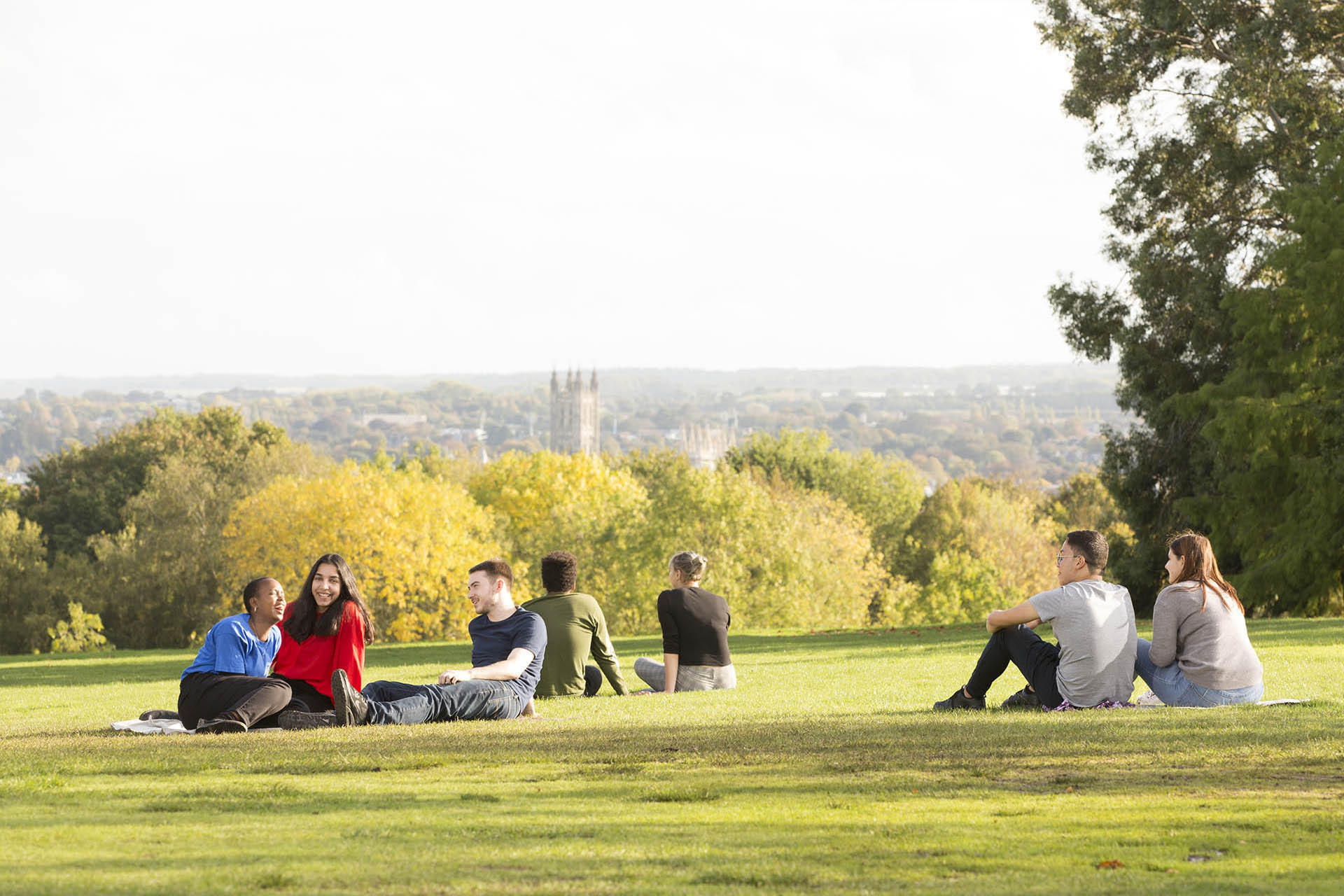 Students of the Kent and Medway Medical School have access to facilities at both the University of Kent and Canterbury Christ Church University. Both campuses offer a variety of facilities, including libraries, cafes, shops and fully equipped gyms.

Students will also be able to access support from both universities as well as the opportunity to join a huge range of societies at both student unions.

We encourage our students to walk, or use the local bus service with a

As a student of both universities, you are a member of both Christ Church Students’ Union and Kent Union, with all of the benefits and choice that brings. This means you are represented by both students’ unions, and can participate in the democracy and campaigns of both. This includes voting and standing in elections for full-time and part-time officers, although you will not be able to hold an officer post simultaneously in both unions.

Both students’ unions ensure you’re supported, you have opportunities to develop your skills, have fun and have an outstanding student experience during your time with KMMS.

Kent Union and Christ Church Students’ Union ensure your academic interests are prioritised via the Course Representative system, where you can give feedback about your academic experiences and help shape your education.

Both unions work with the universities to ensure your time at university is safe, happy, and healthy.  They support a student overnight listening service, Nightline, and a Zero Tolerance scheme for safe socialising in Canterbury.

The unions also facilitate student-led sports clubs covering over 40 sports, many competing in British Universities and Colleges Sport leagues. The highlight of the year is the annual Varsity series between Canterbury Christ Church University and the University of Kent.

Both students’ unions support a range of academic and general interest societies where you can further an existing passion or find a new one. If you can’t find what you’re looking for, you can set up your own society.

Part of the Christ Church Students’ Union, MedSoc is open to all students interested in medicine and allied health professions. An exciting society founded by the first cohort of KMMS students, MedSoc has a variety of sub-societies for whatever your specialist interest in medicine may be, and run an exciting range of events throughout the academic year.

Both university campuses are located in the cosmopolitan, historic and bustling city of Canterbury – an exciting student city with much to explore and enjoy.

Canterbury Christ Church University is situated right in the heart of the city. The campus itself offers a vibrant city feel, but is also home to lots of quiet green spaces in which to study, socialise and relax. The state-of-the-art Augustine House library is just a short walk away from the main campus, and offers a range of learning spaces.

The University of Kent is set in acres of parkland, on a hill overlooking the city. The campus is self-contained, offering everything from restaurants, a modern library and even its very own nightclub. The campus offers a very cosmopolitan feel, with students from many different nationalities studying there.

London is only an hour away by high-speed train, Europe is within easy reach by ferry or train, and the beautiful Kent coast is only a short journey away. 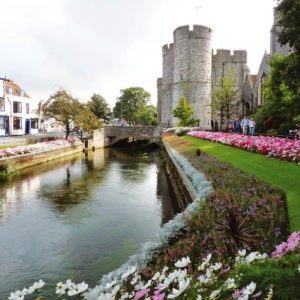 The city’s medieval history is easy to see in its streets and buildings, along the River Stour and in the world-famous Canterbury Cathedral. This is also the venue for our degree ceremonies and the perfect backdrop for your graduation photograph.

The Cathedral, St Augustine’s Abbey and St Martin’s Church, the oldest church in the country, make up a UNESCO World Heritage Site. Religion and education have been at the heart of the city since St Augustine arrived in 598AD to evangelise England. With a population of around 40,000 students, the city remains a centre of history, culture and learning.

There are a number of galleries in Canterbury and the annual Canterbury Festival attracts thousands of visitors from across Europe. The Beaney House of Art and Knowledge is an art gallery, museum, library and café right on the High Street. At the University of Kent, the Studio 3 Gallery hosts exhibitions by acclaim 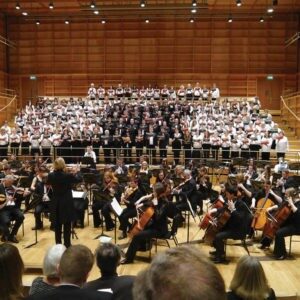 ed artists. Other exhibition spaces on campus include the Gulbenkian Crossover Gallery, Keynes Atrium and Gallery, the Rutherford Panopticon.

Canterbury is also home to the 1,200-seat Marlowe Theatre. Redeveloped in 2011, it hosts touring productions of West End musicals as well as plays, ballet, contemporary dance, opera and live bands. The main theatre welcomes some of the biggest names in stand-up comedy, while the Marlowe Studio is the place to see up-and-coming talent from across the country.

The Curzon Canterbury shows everything from Hollywood blockbusters to independent films, and has a café and licensed bar. The University of Kent is also home to the Gulbenkian Theatre and cinema,  which has regular screenings from the National Theatre and the Royal Opera House, as well as blockbusters, 3D, independent, arthouse and foreign language films.

Canterbury’s Whitefriars shopping centre brings you the best in fashion, beauty and lifestyle from some of the biggest names in retail. The independent shops an 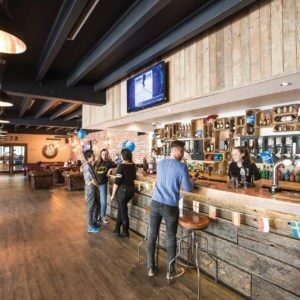 Take a stroll through the city streets and you will come across almost every type of food. Grab a pizza, burger or fajitas in the high street or sample sushi, meze, or fresh seafood in a local restaurant. Fancy something different? The annual Canterbury Food & Drink Festival showcases some of the very best food and drink our county has to offer. 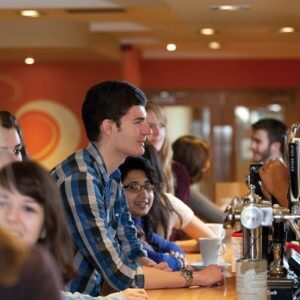 The city has plenty to offer those looking for a good night out. Clubs include Tokyo Tea Rooms, a unique venue blending a bar and nightclub

experience, and Club Chemistry, the city’s biggest nightclub playing old-school classics, hip-hop and dance music. There is also the student-run Venue nightclub on the University of Kent’s campus. For something more traditional, there are numerous restaurants, cafes, pubs and bars both on the high street and hidden in the historic alleys and back streets. 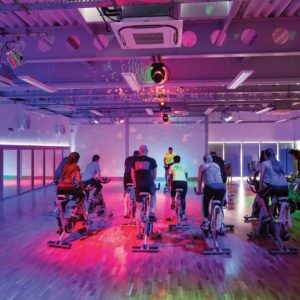 The county of Kent is home to a number of professional sports teams and, if you want to get involved, there are first-class facilities for all levels and abilities to use on the university campuses and in the local area.

Both universities have sport facilities open to students, staff and family members available on or near each campus. With a wide variety of fitness and dance classes, facilities and venues available for hire, there’s something for everyone, as well as competitive rates.

Cricket is a hugely popular sport in Kent and teams have been representing the county for 300 years. Watch 1st Division Kent County Cricket Club in action at the St Lawrence Ground, Canterbury. The ground also hosts the oldest cricket festival week in England, Canterbury Cricket Week. 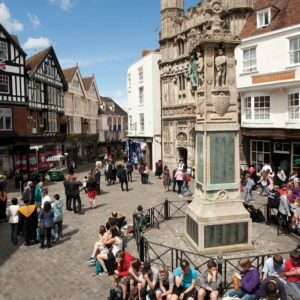 The county of Kent is known as ‘the Garden of England’. It is one of the most picturesque areas in the country and despite its proximity to London, actually feels worlds away.

Kent has some of the best countryside and woodland to explore. From Canterbury, you can walk or cycle along the Crab and Winkle Way – a six-mile disused railway path – to the seaside town of Whitstable. Here you can enjoy oysters, paddle-boarding, kayaking, kitesurfing, boat trips and more.

Kent’s 350-mile coastline is one of the longest and most diverse in the country and there is easy access from Canterbury to the seaside towns of Whitstable, Herne Bay, Margate, Ramsgate, and Deal, or the market towns of Sandwich and Faversham. These are all on local bus and rail routes.